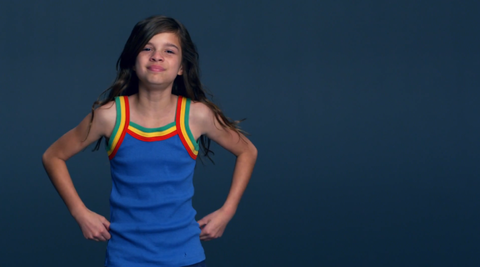 In today's "WTF is wrong with people?" news, delusional "meninists" disguised as proponents of "gender equality" convened on Twitter during Sunday's Super Bowl to express their displeasure with Always's #LikeaGirl campaign.

#LikeABoy because I can actually run and throw

Bashed upon for stating my views, for hopefully one day us as men can have equality and treated the same #LikeABoy #Meninist

Which is scarier: that they all seem to be genuinely offended or that, one day, their children will walk the earth? Luckily, the sane half of Twitter responded in full force:

moment of silence for all the moms whose sons are tweeting #LikeABoy or call themselves meninists.

To boys making fun of the #LikeAGirl commercial: I hope God blesses you with a baby girl and I wanna see you tell her what shes incapable of

Breathe in, breathe out. Once your blood pressure's near normal levels again, re-watch the ad below, and keep fighting the good fight against sexism and ignorance #LikeaGirl.

Katy Perry Rode a Lion, Danced with Sharks, and Brought Missy Elliott Back for Her Epic Super Bowl Halftime Show

The 'Pitch Perfect 2' Super Bowl Spot Is Perfect, Of Course

Chelsea Peng I'm Chelsea Peng, the assistant editor at MarieClaire.com.
Advertisement - Continue Reading Below
More From Culture
39 Movies That Are Only About Sex
'Good Girls' Is Back for an Explosive Season 3
Advertisement - Continue Reading Below
Netflix's 'Haunting of Hill House' Will Return
Criminal Minds Season 15 Will Be Its Last
The Hot New Podcasts to Add to Your Queue
Who Are the Women of 'The Bachelor' in 2020?
Join Marie Claire's Virtual Monthly Book Club