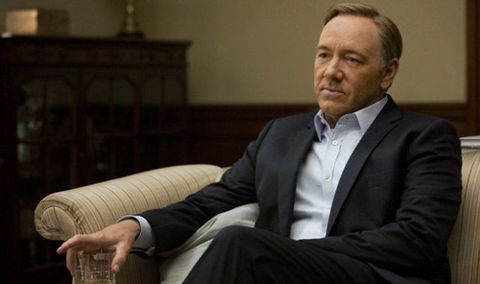 This is the kind of treachery that must be the work of Raymond Tusk. Two weeks before House of Cards' premiere date, the third season of the acclaimed Netflix series was suddenly made available to stream.

After about 30 minutes, the episodes were pulled from the site. According to CNBC, Netflix blamed a "bug in the system," but it was obviously somebody trying to bring down President Frank Underwood.

Here's a screengrab of the episodes that were available on the site. Spoiler alert for those who don't want summaries: Looks like the show will follow the new commander-in-chief as he and First Lady Claire Underwood tackle the U.N., relations with Russia, a hostage crisis, and even a natural disaster.

This is Washington. There's always a leak. All 13 episodes will launch February 27.

Up You Culture IQ: 'House of Cards'

This content is created and maintained by a third party, and imported onto this page to help users provide their email addresses. You may be able to find more information about this and similar content at piano.io
Advertisement - Continue Reading Below
More From Culture
When You Can Expect New Episodes of 'The Circle'
'Shadow and Bone' Season 2: Everything We Know
Advertisement - Continue Reading Below
Meet the Cast of Katie's 'Bachelorette' Season
The Best '80s Movies Ever Made
'Shadow and Bone' Cast: Get to Know Who's Who
The Unbearable Whiteness of Ballet
'Ginny & Georgia' Season 2: Everything We Know
The Ultimate Ranking of 'GOT' Sex Scenes
The Cast of 'The Nevers' Plays Trivia
The Most Exciting New TV Shows of 2021