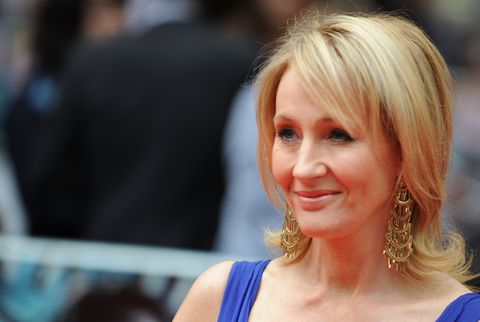 In 2007, Harry Potter author J.K. Rowling revealed that Albus Dumbledore—the beloved Hogwarts headmaster—was gay. The announcement caused quite the stir at the time (Dumbledore?!), but fans still seem to be grappling with the news even now.

Case in point: A twitter user recently tweeted at Rowling that she "can't see him in that way." Rowling's amazing response?