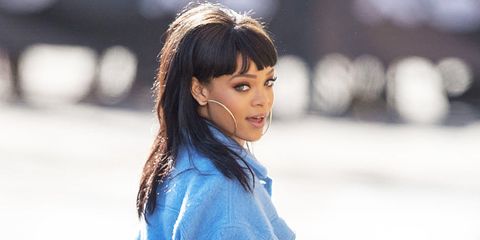 Passed in March by Governor Mike Pence, the law allows Christian business owners to refuse the right to serve LGBTQ customers on the grounds of it being against their religion. In 2015. And Ri-Ri's not having it.

"Who's feeling these new bullshit laws that they're trying to pass over here?" Rihanna asked the crowd, passionately, before launching into T.I.'s "Live Your Life." "I say fuck that shit! 'Cause we're just living our motherfucking lives!"

According to the Indianapolis Star (via Rolling Stone), Bleachers frontman (and Lena Dunham's BF) Jack Antonoff also expressed his upset over the law, albeit in a much more reserved way: He reportedly performed wearing a tee that read "Protect LGBTQ Hoosiers," and encouraged concert-goers to donate to a charity called Freedom Indiana.