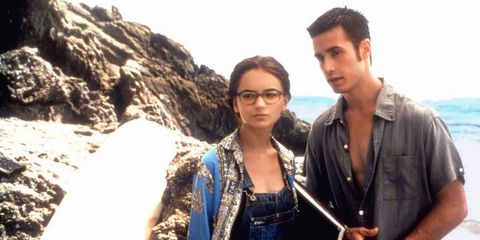 We've clearly explored every nook and cranny of the teen makeover movie genre, so now…we've going back to the originals! By just making them again!

According to The Wrap, the Weinstein Company and Miramax are developing a reboot of She's All That, which most likely will not involve the original leads Freddie Prinze Jr. and Rachael Leigh Cook unless they're playing someone's parents or something. Kenny Leon (of Private Practice and Ghost Whisperer) will direct, and Tonya Lewis Lee will produce the remake.

The (only) good news out of all this is "diverse leads" are being considered, so Zendaya, we choose you to play Laney Boggs. Shut Taylor down this time, you hear?

'Little Women' Is Getting a Remake, and We Have a Lot of Feelings About It

We Have Exciting New Details About the 'Ghostbusters' Remake