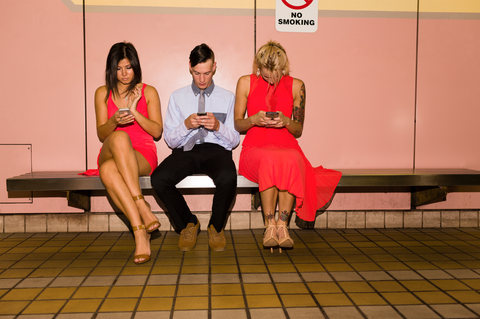 —Yet another black church has been burned in South Carolina, making this the eighth in 10 days. The racially fueled acts of arson started after last month's Emanuel AME shooting; #WhoIsBurningBlackChurches has been trending on Twitter this week. (Time)

—The U.S. and Cuba have announced that they'll be opening embassies in each other's capitals, formally reinstating diplomatic relations between the countries. (New York Times)

—Uuuuuugh: Ebola is back. A 17-year-old boy died of the disease in Liberia on Sunday. (CNN)

—After pulling out of its deal with Miss USA and Miss Universe over Donald Trump's insensitive remarks about immigrants, Univision is in his crosshairs: Trump is suing for $500 million. (Variety)

—The White House fence is getting a Game of Thrones upgrade today: Spikes. The sharp metal points being attached to the top of the fence are considered an "anti-climb" feature. (New York Times)

—There's a new task force being established in Europe with the goal of removing social media accounts used by ISIS. (New York Times)

This content is created and maintained by a third party, and imported onto this page to help users provide their email addresses. You may be able to find more information about this and similar content at piano.io
Advertisement - Continue Reading Below
More From Culture
'Virgin River' Season 4: Everything We Know
'Love Is Blind' Season 2: Everything We Know
Advertisement - Continue Reading Below
Simone Biles' Sister Is Her Fiercest Champion
Simone Biles Quotes to Live By
Could 'Manifest' Come Back for a Fourth Season?
'Bachelor In Paradise' 2021: Everything We Know
Read an Excerpt From 'We Were Never Here'
How to Join Marie Claire's Virtual Book Club
See Inside Julianna Margulies's Personal Library
The Most Unmissable Movies of 2021 (So Far)