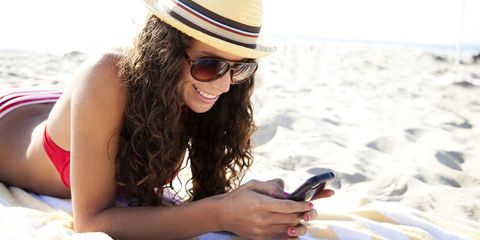 —Princess Charlotte will be christened today at Church of St. Mary Magdalene in Sandringham. Here's everything you need to know. (Marie Claire)

The Duke and Duchess of Cambridge, with Prince George and Princess Charlotte, arrive at St Mary Magdalene Church #Sandringham for their daughter’s christening. ©Press Association

—Hillary Clinton knows her way around an iPhone, or at least compared to this voter in New Hampshire. (New York Times)

Hillary Clinton teaches a voter how to take a selfie. #newhampshire

—Brits are struggling to keep their cool across the pond. A second heatwave is on its way and is forecasted to break records with temperatures above 101°F. (The Telegraph)

—"My first reaction was, 'Are you sure?'" Apparently Ben Affleck was just as surprised as we were when he was cast in the role of Batman for Batman v Superman: Dawn of Justice. (TIME)