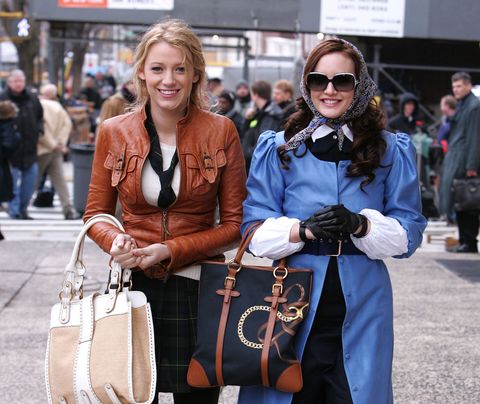 Before Blake Lively was doyenne of the now-defunct Preserve, she was a young actress coming off the Sisterhood of the Traveling Pants and that Justin Long vehicle about a fake college. When she read for the part of Serena van der Woodsen in Gossip Girl, she might not have known it was to be her breakout role, but as you can see in the recently uncovered audition tape, she had a certain something—even at just 20 years old.

In the scene, the upstart squad leader catches up with Blair after returning from boarding-school exile, asking after her family (Dad: left wife for another man; Mom: lost 15 pounds, got eye-lift) and pleading with her to let things go back to the way they used to be.

Fat chance of that, as we and *stage whispers* FREAKING DAN HUMPHREY know, but observe a star in the making nonetheless. Watch the video here.