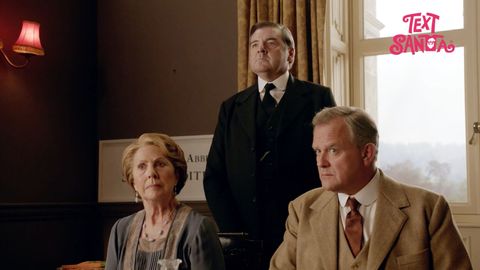 Well, that's one way to top a George Clooney appearance.

The video is part of the Text Santa initiative, a UK charity telethon that raised more than $10 million to benefit charities in 2014, and like its predecessors, includes loads of (yet-to-be-seen) celebrity cameos and humor that often pokes fun at the show's, ahem, weaknesses.

Watch the preview below, and stay tuned for the full episode. P.S. If only the *real* Christmas special could end like this, eh? 😞