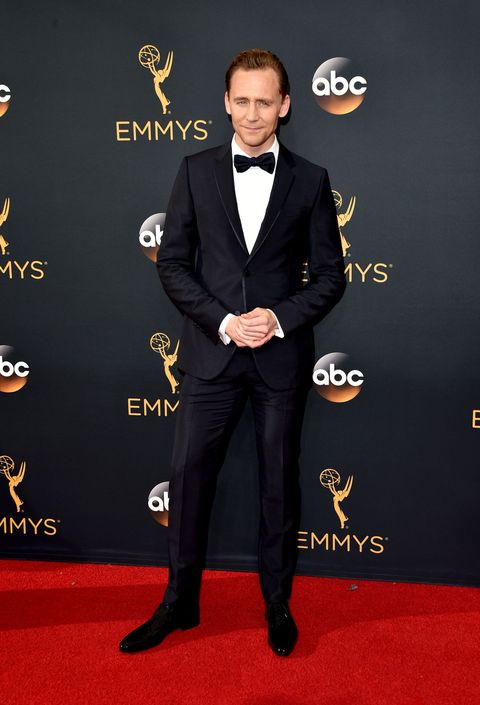 Ah, flashbacks. Tom Hiddleston confirmed his breakup with Taylor Swift the day following his Best Actor nomination for tonight's Emmy Awards, and today he'll make one of his first public appearances in the wake of #Hiddleswift. (I'm not crying, you're crying).

In the running for his first Emmy for his role in the hit drama The Night Manager, he also presented the award for Outstanding Directing for a Limited Series with Quantico star Priyanka Chopra.

The one thing of note about it, aside from his usual handsomeness, was the fact that he stuck entirely to the script—no little quips with his co-presenter, no spontaneous drumroll sounds, nothing. We're lighting a candle for all the missed T.Swift joke opportunities there—but also guessing he asked the writers to not even try.