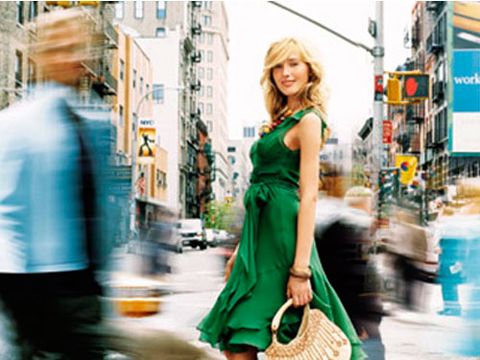 A sleepover at an aquarium may seem more middle-school field trip than a means to greater well-being, but among Japanese women, demand for Enoshima Aquarium's $120 overnight package is so high, its 30 weekly spots are distributed by lottery. The draw? Ongoing studies at the aquarium, in partnership with Jikei and Nihon Universities, show that watching jellyfish is literally drool-inducing: It stimulates the production of a compound in the saliva associated with relaxation. Lucky winners with sleeping bags get prime slumber space before a wall of undulating jellyfish—an experience some liken to actually floating inside the tank. Also included: a Lomi Lomi massage class, bento-box meals, and a chance to reach in and touch a live specimen. The Japanese rank third in the world in terms of the longest work week, topped only by first-ranked South Korea and, in a close second, the U.S. Pet jellyfish, anyone?

STEAMING AWAY STRESS IN STYRIA, AUSTRIA

At the Rogner Bad Blumau spa's coed, clothing-optional, scented sauna, overtaxed Austrians recline while they're immersed in up to eight different sweet-smelling, health-boosting "atmospheres." Each aroma is mixed with water, then poured over the sauna's hot rocks, turning devotees into a sort of human infusion. The Good Morning infusion (with lemongrass or birch oil) invigorates, the Honey nourishes your skin, the Ice—a burst of cold mist—cures bronchial ailments, while the signature mineral-water infusion—in which you're enveloped by steam from the resort's indigenous hot springs—treats, well, everything else: the liver, gallbladder, kidneys, and bladder. Plus, in a 2006 study from the University of Maribar in Slovenia, mineral-water treatments killed 21 percent of cervical cancer cells. (www.blumau.com)

BEATING UP BARTENDERS IN NANING, CHINA

Women in Eastern China have found a whole new reason to call it happy hour. The Rising Sun Anger Release Bar lets patrons yell, scream, break glasses, and even beat up one of 20 muscle-bound staffers, all for the low, low price of $6.25 to $37.50 per session (depending on what you want/need to do). Area psych students are also on hand to help sort out pressing problems. As it happens, most clients are female—a preponderance work at karaoke bars or massage parlors, says 29-year-old Wu Gong, a migrant worker from the province of Anhui who opened the bar last April. He may be on to something: A 2003 University of Michigan study found a direct correlation between suppressed anger and early mortality, particularly for women. We say, rage on!

LAUGHING AT YOGA IN MUMBAI, INDIA

We've all let out the occasional guffaw during attempts to become a human pretzel. But that's nothing compared to Mumbai's funniest yogis: On any given day, hundreds of "laughter yoga" enthusiasts chuckle in the name of good health. The movement was founded in 1995 by an Indian physician who discovered both spontaneous and self-induced laughter have health benefits, boosting immune function, endorphin levels, blood flow, and oxygen levels, while lowering stress hormones. His wife, a yoga teacher, helped develop the practice. Now laughter yogis indulge in giggles like the basic "ice cube down the back" laugh, hee-heeing as they simulate removing the cube from their shirts. With around 5000 laughter yoga branches worldwide, nirvana may be closer than you think. Better yet, scientists at Stanford found that one minute of laughter yoga burns as many calories as 10 minutes spent on a rowing machine. (www.laughteryoga.org)

This content is created and maintained by a third party, and imported onto this page to help users provide their email addresses. You may be able to find more information about this and similar content at piano.io
Advertisement - Continue Reading Below
More From Culture
'The Great British Baking Show': Who Is Peter?
The Most Romantic Movies of the Year
Advertisement - Continue Reading Below
It's Time To Binge Hulu's Best Documentaries
When Will 'The Crown' Season 5 Be on Netflix?
'The Undoing' Season 2: Everything We Know
Cute Gift Ideas for Every Woman in Your Life
'The Undoing' Differs Sharply From the Book
'The Undoing' Is Packed With Stars
Differences Between 'The Undoing' Book and Novel
It's Been a Weird Year for 'The Bachelorette'