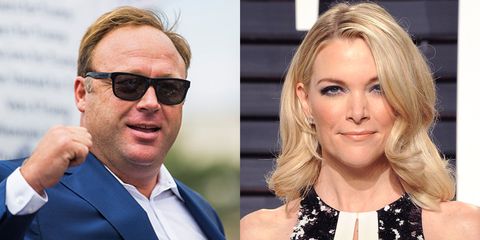 Jones said on his Infowars website that the full interview he recorded will counter Kelly's upcoming report, which he labeled a "fraud."

The site touted the interview's availability Thursday night, but it was not online as of Friday morning. The pre-interview recording was released on Jones' public YouTube.

NBC didn't immediately respond to a request for comment.

A backlash greeted NBC's decision to book Jones, who has questioned whether the killing of 26 people in 2012 at an elementary school in Newton, Connecticut, was a hoax.

NBC News Chairman Andy Lack told The Associated Press that the story on "Sunday Night with Megyn Kelly" will be edited with the sensitivity of its critics in mind.

This content is created and maintained by a third party, and imported onto this page to help users provide their email addresses. You may be able to find more information about this and similar content at piano.io
Advertisement - Continue Reading Below
More From Culture
19 Documentaries on Netflix to Watch Right Now
What Happened to the 'Chicago 7' After the Trial?
Advertisement - Continue Reading Below
A Mom of 3 Drowned. Her Death Remains a Mystery
How Did Carlina White Solve Her Own Kidnapping?
A Convicted Murderer Has Been on the Run for Years
Taio Kaneta Runs a "Counseling Café" In Japan
Christopher Dansby and Shane Walker Remain Missing
"Jennifer Fairgate" Died Mysteriously In a Hotel
What Happened to Jack Wheeler?
'Unsolved Mysteries' Wants Answers About This Man