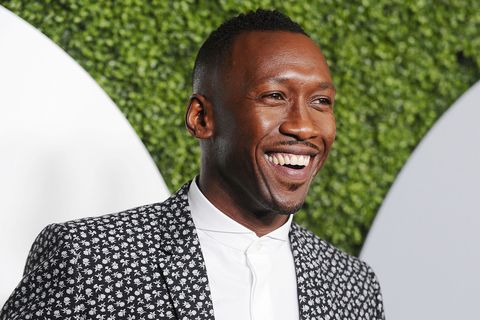 Mahershala Ali, who won an Academy Award this year for his role in Moonlight, is in talks to star in a third season of HBO's True Detective, Deadline reported Friday night. The Hollywood trade publication cautioned that the negotiations are in their early stages and no deal has been set, but still, it's reason to be optimistic.

True Detective has been off the air for two years following a mediocre second season that starred Vince Vaughn, Colin Farrell, and Rachel McAdams, and was set in L.A. The first season, featuring Matthew McConaughey and Woody Harrelson, set in the Deep South, was amazing television. But a third season remains up in the air. Entertainment Weekly reported in March that the show's creator, Nic Pizzolatto, had written at least the first two episodes. David Milch, the man behind Deadwood and NYPD Blue, was also slated to work on the show, according to EW.

Still, as Deadline noted on Friday, True Detective has not received the formal green light for a third season. Reports of the Ali discussions, however, are adding fuel that the show could return—and with a star like Ali, whose body of work also includes Netflix's House of Cards and Luke Cage, now mentioned as a potential cast member, it's a good sign that a Season 3 could return the show to its former glory.

This content is created and maintained by a third party, and imported onto this page to help users provide their email addresses. You may be able to find more information about this and similar content at piano.io
Advertisement - Continue Reading Below
More From Culture
Figuring Out Who Wins 'The Bachelor'
Will There Be a Season Two of 'Ginny & Georgia'?
Advertisement - Continue Reading Below
Breaking Down the Ending of 'Ginny & Georgia'
The 24 Greatest Films Directed by Women
This Film Series Celebrates the Female Spirit
Created for From Marie Claire for Created by Marie Claire for
Mastercard
Where Is the Cast of 'Gilmore Girls' Now?
A Look Back at Princess Anne's Life in Photos
The Best Shows to Stream on Every Platform
The Top-Grossing Book-to-Movie Adaptations
Meghan Markle Reveals She Had Suicidal Thoughts