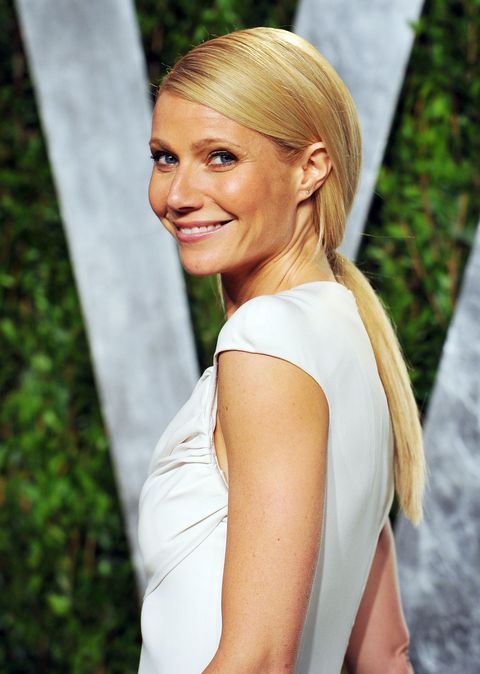 Remember when Gwyneth Paltrow showed up to the 1999 Oscars in that Barbie-pink Ralph Lauren gown? It was one of the biggest fashion moments of the '90s (other than everything the Spice Girls wore), and Gwyneth absolutely kept the dress.

The actress told People that she's saved most of her red carpet gowns, and still has every single dress she's ever worn to the Oscars. (Side note: imagine if your reality involved more than one Oscar dress *dreamy sigh*.)

Gwyneth hopes her daughter, Apple, will reuse the pink gown in particular: "Maybe she'll wear it to prom and do a Pretty in Pink thing and resew it and cut it up," she said at the opening of her Goop Market pop-up shop in N.Y.C. "I don't know if I'd let her chop that one up."

We're all for Apple getting her '90s prom on, but please join in fervent prayer circling that she doesn't give her mom's iconic dress a makeover.

Mehera Bonner Contributor Mehera Bonner is a news writer who focuses on celebrities and royals—follow her on Instagram.
Advertisement - Continue Reading Below
More From Fashion
The Emerging ﻿Fashion Brands to Keep Your Eye On
Rihanna's Go-to Airport Look: Heels and Sweats
Advertisement - Continue Reading Below
Kate Middleton's Eternity Ring Is Back In Stock
The Net-a-Porter Sale Section Is Very Good
Meghan Markle Wears Necklace of Archie's Star Sign
Black Turtleneck Outfits to Pin to Your Mood Board
Everlane's New Leggings Already Have a Waitlist
Hot Date Night Outfits for the Cold
Found: A Cute Winter Jacket That's Under $60
Better Pack Some Shell Jewelry for Your Next Vacay