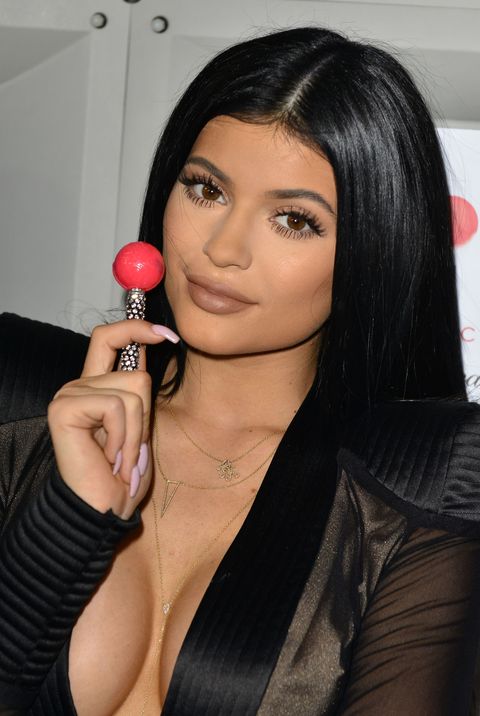 #FreshFaces cover star Kylie Jenner just surprised the world with an announcement of a new addition to her Kylie Cosmetics line, and you're going to be obsessed.

Though Kylie stopped her matte obsession for a bit to launch lip glosses a week and a half ago, she's back to the matte—but this time the colors are metallic.

Kylie revealed photos and swatches of the new product in three shades on Instagram and Snapchat, and they're by far the coolest products she's launched so far.

The first shade is called "Reign" (which I can't help but notice is also the name of her nephew), and it's a metallic bronze.

The next shade "King K" is yellow gold and literally looks like liquid gold.

And the last of the three is a rose gold shade called "Heir."

Though Kylie also announced she'll be restocking five of the matte liquid lipsticks and all three glosses tomorrow, she has yet to reveal the launch date of these bad boys. However, one can imagine the launch will be really soon since the collection is Coachella-inspired and the festival starts on Friday. Hopefully she'll give more of a heads up this time because I'm not too sure how many more surprises my heart can handle.