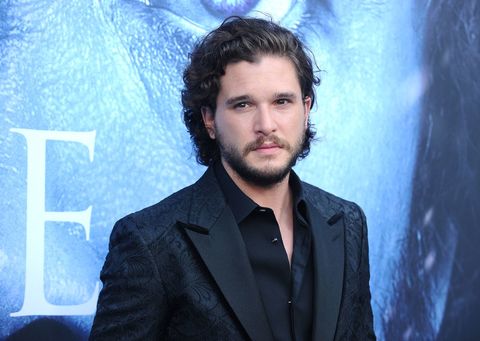 Last year, you may remember that Game of Thrones' Kit Harington controversially compared his experiences as man to the sexism women in the television and film industry face on a daily basis.

In an interview with the Sunday Times in May 2016, he said:

I think there is a double standard. If you said to a girl, "Do you like being called a babe?" and she said, "No, not really," she'd be absolutely right. I like to think of myself as more than a head of hair or a set of looks. It's demeaning.

Of course, the newly engaged actor was correct in highlighting that no one—regardless of gender—deserves to be objectified. However, his comments drew criticism at the time as a result of him comparing his experiences and those of women as equal, with some calling the "mansplaination" of sexism as "naive and silencing" to women.

In an industry where women are knowingly undervalued, underpaid, under-hired, under-represented, and experience sexual harassment and assault more often than thinkable—most notably seen following the Harvey Weinstein allegations—it's important to remember than systemic sexism against women is not to be equated with a man's experience.

As a result, the British actor has apologized for his earlier comments.

Discussing his use of the word "sexism," the actor recently admitted to the Guardian: "I was wrong there, though. Sexism against men is not something I should have really said. I think what I meant was, being objectified."

The 30-year-old, who just revealed he cried when he read the final episode of Game of Thrones, continued:

Look, I do think men can get objectified. I do feel I have been objectified in the past, sexually as well, in pieces that have been written about me.

Has that made me feel uncomfortable in the past? Yes. Do I think my position is the same as a woman's in society? No. They're very different things, and I should have separated them. I was wrong.

To contradict GOT's Ygritte—you do know something, Jon Snow.

Katie O'Malley Digital News Editor Katie O’Malley is the Digital News Editor on ELLE UK, specialising in celebrity news, feminism, travel and health.
Advertisement - Continue Reading Below
More From Celebrity
36 Celebrity Couples Who Love Some PDA
Ben Affleck Is Blond Now
Advertisement - Continue Reading Below
A Timeline of Charles and Diana's Relationship
Kendall Jenner Wants to Work for Beyoncé
Harry & Jon Bon Jovi Sing Together at Royal Event
Khloé Kardashian Is Being Trolled Over Febreze
A 'Friends' Reunion Special Is Coming to HBO Max
Katie Holmes Is in Head-to-Toe Chloé at Their Show
Ariel Winter Now Has Strawberry Blonde Hair
46 Stars Who Dated Before They Were Famous