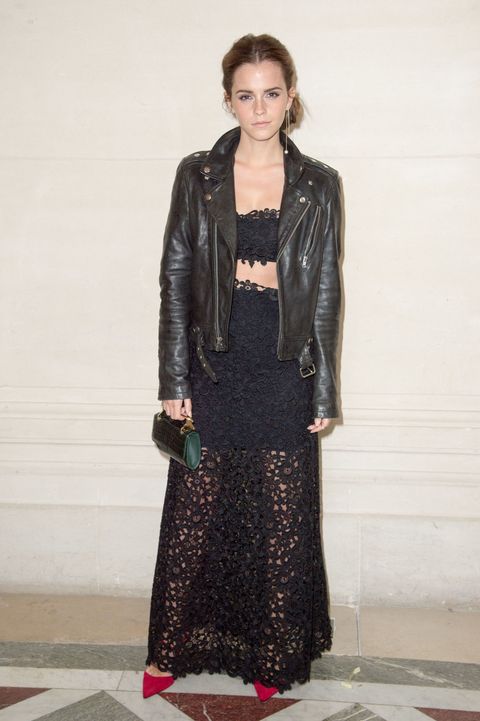 On International Women's Day, Emma Watson participated in a Facebook Q&A addressing a variety of issues facing women and girls throughout the world. She answered questions on behalf of her #HeforShe campaign, which has drawn attention around the world.

"The minute I stepped up and talked about women's rights I was immediately threatened," she noted, speaking of the disturbing hoax that threatened to release nude pictures of her last year. "Within less than 12 hours I was receiving threats."

But don't think for a second that she backed down. "People think, 'Oh she's gonna be disheartened by this,' but if anything, it made me so much more determined," she said. "I was just raging. It made me so angry, that I was like, 'This, this is why I have to be doing this.'"

Emma also addressed why she thinks people are reluctant to embrace feminist as a label.

"I think people associate it with hate," she said. "With man hate. And that's really negative. And I don't think that's what feminism is about at all. I think it's something incredibly positive."

So how does she see the future of feminist advancement? Not without a fight, that's for sure.

"You're not gonna get rid of me until I get to see an equal number of female prime ministers and presidents and CEOs, and more men that feel like it's okay to express how they really feel about things. And more fathers that are present in their children's lives. And until I see us all not policing and oppressing each other and not ostracizing each other. And when I live in a world where this isn't a narrowly defined definition of masculinity and femininity. I'm just not gonna go."

PREACH SISTER. Let's all join her pact—we're not going anywhere until the rest of the world gets it right.

Women with Disabilities Are Three Times More Likely to Be Raped