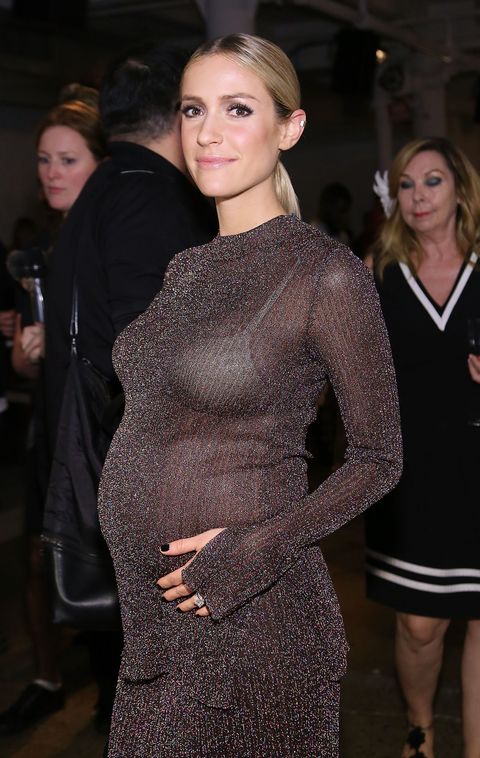 As reported on Sunday, Kristin Cavallari's brother Michael is the subject of an ongoing missing person case in Utah, after his car was found abandoned off of a highway. Today, the reality star commented on her social media accounts to thank the public for their support as she waits for answers.

I appreciate all the concern, thoughts, and prayers that have been extended to me and my family. We remain hopeful and I will share any news that we receive. I have such gratitude for all those that have shared their support.

Details have begun to emerge about the days that led up to Michael's disappearance.

Sheriff Steven White of the Grand County Sheriff's Office told the Today Show there were no signs of foul play. Michael's laptop and cellphone were found in the vehicle. US Weekly reportsthat Michael, who went missing on Nov. 27, was arrested in  Dana Point, California on Nov. 23. A woman he reportedly had a prior dispute with called police after spotting him outside her apartment with a shotgun. He was released on bail on Nov. 25, just two days before his car was found in Utah.

Police ask anyone with information regarding Michael's disappearance to contact them at  435-359-8115.

Rebecca Rose Writer I'm a writer for Cosmopolitan.com manning the fort during the night shift (because I love staying up late and hate getting up early in the morning).
This content is created and maintained by a third party, and imported onto this page to help users provide their email addresses. You may be able to find more information about this and similar content at piano.io
Advertisement - Continue Reading Below
More From Celebrity
Jennifer Lopez and Ben Affleck: Everything We Know
Harry & Oprah's Mental Health Doc Has a Title
Advertisement - Continue Reading Below
Serena Williams Might Miss the Tokyo Olympics
Jennifer and Ben Have "Unreal" Chemistry Together
The Sussexes Marked Archie's Bday in a Lovely Way
Queen's Cousin Accused of Selling Access to Putin
Meghan Wore a Meaningful Necklace for Vax Live
How Celebrities Are Celebrating Mother's Day 2021
Gabrielle and Kaavia's Mother's Day Pic is So Cute
Ben Affleck's Moving Tribute to Jennifer Garner