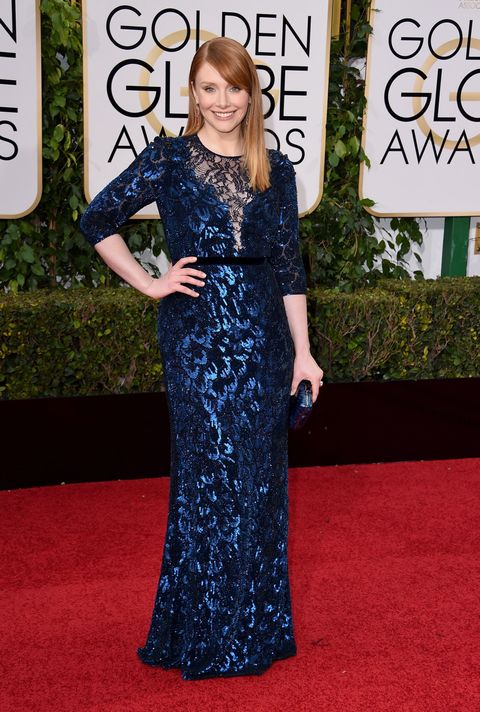 During E!'s Golden Globes pre-show on Sunday, Bryce Dallas Howard admitted to doing something most actresses don't do for awards shows—buying her own dress. Bryce told Giuliana that she just picked up her gorgeous Jenny Packham gown at Neiman Marcus this week, which she did because she appreciates being able to find clothing that fits. "I like having lots of options for a size 6, as opposed to maybe one option," she explained. "I always go to department stores for this kind of stuff."


At last year's Golden Globes, Hayden Panettiere bought her own Tom Ford dress because she'd been dying to wear him, but he usually dresses only woman per show (for that show he chose Naomi Watts). "I would wear a plastic bag if it was designed by him," she said.