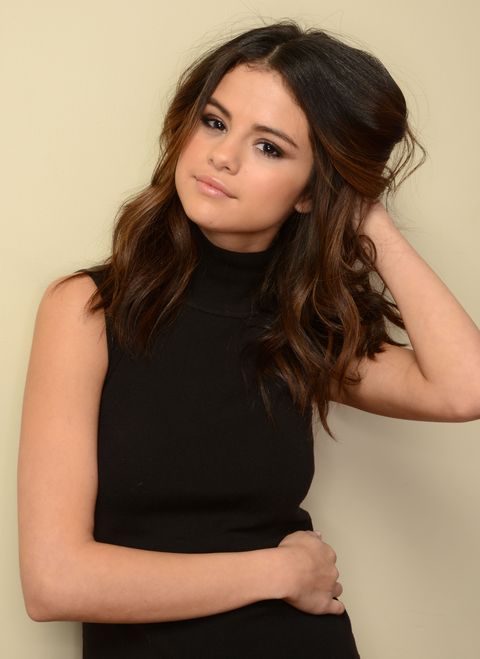 In October, Selena Gomez revealed to Billboard she had been diagnosed with lupus in 2014—which was the real reason she went to rehab, for chemotherapy treatment, that January. It's been two years now, and Gomez is moving on from that painful period in her life. And she wishes everyone else would too, she tells GQ: "[But] this is something that everyone always wants to fixate on. I got diagnosed with lupus. My mom had a very public miscarriage. SoI had to cancel my [Stars Dance] tour. I needed time to just be okay. And I was going through leukemia [ed note: the reporter notes she likely means chemotherapy here] and I went to two different locations for those treatments. It's really frustrating, because I am 100 percent allowed to have that [be private], but I think people just want to have some sort of—"

Selena gets the public's fascination, but "I'm just saying, I don't think it really matters. My past seems to be way more fascinating for people than my future, which bums me out."

@selenagomez, heating up the pages of GQ’s May issue. See every photo at the link in bio. (📷 @victordemarchelier)

Selena also touched on the slightly shady comment A$AP Rocky made about her in her Billboard cover story. The rapper told the outlet: "She's developing her sexiness. I don't think she's there 100 percent yet. She's probably only fucked Justin Bieber, if that. But honestly, she wasn't looking for a No. 1 hit. She did it to excommunicate herself from her image. That's brave."

"Yeah, well, I mean, I don't know," Selena said after GQ's writer read it to her for the first time. "I just think that's kind of who he is. And I mean, I made him feel like he has a right to kind of have his own opinion. What am I going to say?"

When asked whether she found it hurtful for A$AP Rocky to come out and say she's slept only with Justin, Selena shrugged it off. "I've had worse things said about me."

Her focus these days is just working hard and ignoring the noise. "I just have to be patient. [The fascination with my personal life] is slowly dissolving the older I get. And I just have to be patient and make great things with quality, from producing to singing to acting. And one by one, I will be able to change the dialogue and people won't care about everything that's happened to me."

Alyssa Bailey News and Strategy Editor Alyssa Bailey is the news and strategy editor at ELLE.com, where she oversees coverage of celebrities and royals (particularly Meghan Markle and Kate Middleton).
Advertisement - Continue Reading Below
More From Celebrity
Khloé Kardashian Is Being Trolled Over Febreze
A 'Friends' Reunion Special Is Coming to HBO Max
Advertisement - Continue Reading Below
Katie Holmes Is in Head-to-Toe Chloé at Their Show
Ariel Winter Now Has Strawberry Blonde Hair
46 Stars Who Dated Before They Were Famous
Every Easter Egg in Taylor Swift's 'The Man' Video
Kate Middleton Does Some Sports in $38 Sneakers
Sarah Hyland Defends Ariel Winter’s Dress on Insta
Prince Harry Wants to Go by Just "Harry" Now
Ashley Graham Talked Breast Pumping in an Uber