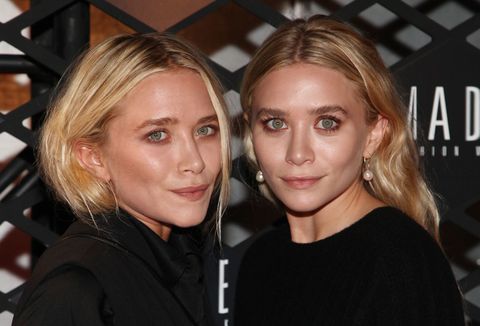 Mary-Kate and Ashley Olsen's company moved to settle a class-action lawsuit with 185 former unpaid interns out of court this week. The lead plaintiff, Shahista Lalani, filed the suit in September 2015 after working at The Row for five months. Lalani and other former interns claimed they worked up to 50-hour weeks doing the same work as some full-time employees of their fashion lines, The Row and Elizabeth and James, according to The Fashion Law. Collectively, they asked the court for damages including minimum wage and overtime.

"It was like 100 degrees outside. I'd just be sweating to death. I probably carried like 50 pounds worth of trench coats to Row factories," she said, according to Page Six. "You're like an employee, except you're not getting paid. They're kind of mean to you. Other interns have cried. I'd see a lot of kids crying doing coffee runs, photocopying stuff."

Lalani even claimed she was hospitalized for dehydration because of the job, according to reports.

The Olsens' company, Dualstar Entertainment Group, previously vowed to fight back against the suit, calling the accusations "groundless" in a statement to USA Today. But now, the Olsens' company will pay $140,000 to a class of 185 interns, according to The Fashion Law, quoting a recent filing with the New York Supreme Court. The settlement terms still have to be approved by the court.

Kate Storey Esquire Writer-at-Large Kate Storey is a Writer-at-Large for Esquire covering culture, politics, and style.
This content is created and maintained by a third party, and imported onto this page to help users provide their email addresses. You may be able to find more information about this and similar content at piano.io
Advertisement - Continue Reading Below
More From Celebrity
Harry Said the Queen and Philip Were "Adorable"
Kate Middleton Played Tennis With Emma Raducanu
Advertisement - Continue Reading Below
Tom Felton Collapsed on a Golf Course
Ashley Olsen Made a Rare Red Carpet Appearance
Harry Carries Briefcase That Reads "Archie's Papa"
Meghan Markle and Prince Harry Arrive in NYC
Kate Middleton Looked Radiant in Cream
People Are Convinced Kylie Is Having a Boy
Kim Kardashian's Met Gala Ponytail Cost $10K
Megan Fox and Kourtney Posed for Sexy Skims Pics