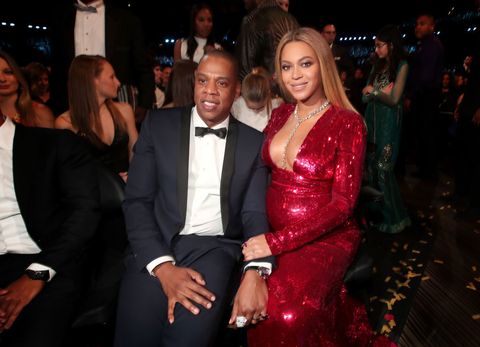 After weeks of speculation, Beyoncé has finally confirmed the names of her month-old twins. Welcome to the world, Sir Carter and Rumi!

In an extravagant Instagram post which echoed her iconic pregnancy announcement, a goddess-like Beyoncé cradles her twins in front of a large floral arrangement and the ocean.

But there are many questions. Firstly, why did Bey specifically refer to Sir as Sir Carter and Rumi without her surname? While there's no answer to that just yet, we can delve into the meanings of these unique names.

According to Professor Richard Coates, a professor in linguistics from the University of the West of England, Sir is of Norman French origin.

"Sir is a word introduced as a title of honor by the Norman rulers in the 11th or 12th century. It originally just meant 'Lord'—not royal, just aristocratic or a sign of the King's favor," he told HarpersBAZAAR.com.

Indeed, "Sir" is the title given to a man who has been knighted by the Queen in the U.K., while the female equivalent is Dame. For example, Sir Andy Murray, Sir Sean Connery, Sir Ian McKellen, and Sir Patrick Stewart.

The trend is also in line with other status-driven names like Kim Kardashian-West and Kanye West's son Saint and Tyga and Blac Chyna's son King.

Sarah Redshaw, the Managing Editor of Baby Centre, told BAZAAR.com the name may even spark a trend among non-celebrities.

"We already see some names registered on BabyCentre such as Prince and Princess, so we may well see more parents going for title names following Beyoncé's baby name announcement—who knows, there may be a rise in names such as King, Queen, Lord and Lady in the future."

The Carter part of Sir Carter's name also raises an interesting point. It is the surname of all the family members, as Jay Z's birth name is Shawn Carter, which leads us to wonder—is the baby's full name Sir Carter Carter? 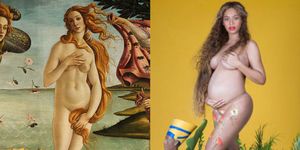 The Symbolism of Beyoncé\'s Pregnancy Photos

As for Rumi, the name is Japanese in origin and means "beauty" and "flow," according to baby name website NameBerry.

Redshaw says the name is gender-neutral and is best known for belonging to Jalal ad-Din Muhammad Rumi—a Persian poet from the 18th century. Much of his work delved into the themes of mystery, love and joy, according to the BBC.

Blue Ivy and Beyonce at the 2016 MTV VMAs

"It's also a very popular female name in Japan," Redshaw commented. "It's certainly unusual, but so was Blue Ivy when her name was announced five years ago."