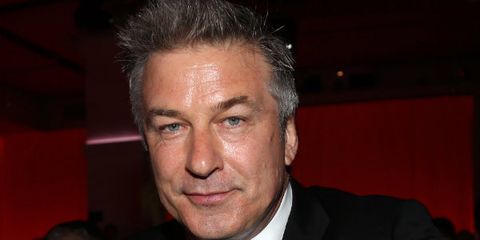 It's official. After weeks of rumors, Alec Baldwin joined MSNBC as a host of the network's upcoming late night show, aptly titled Up Late With Alec Baldwin.

Baldwin, who has appeared as a somewhat frequent guest on MSNBC, is not new to the media gig. He currently hosts an acclaimed podcast on WNYC and has even publicly discussed political aspirations.

The new show will air on Friday nights at 10:00 p.m. beginning in October.

Baldwin said of his new gig, "After two seasons of my WNYC podcast, I've developed a fondness for hosting a show that involved talking with smart, talented and engaging people in every imaginable field. I'm grateful to MSNBC for helping me bring a similar show to television."