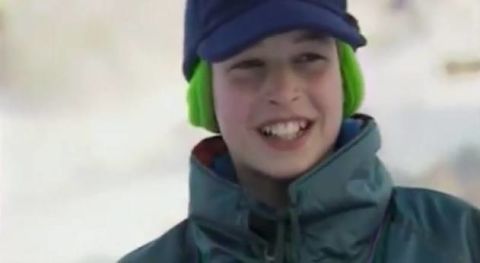 Our friends at HuffPost Style came across Prince William's first-ever press conference and we can't get enough. During a 1994 ski trip, the young prince briefly chatted with eager reporters alongside his brother, Prince Harry, and cousins, Princesses Beatrice and Eugenie.

Throughout the minute-long interview, the eldest cousin seemed quite concerned with everyone's well-being, asking his frozen cousins if they were alright. He also insisted that he was having a splendid time on the mountain and that his ski skills were improving, because he's just that adorable. Prince Harry, on the other hand, did not seem as as enthused with the process.

And because their outfits were just too good to be true, check out Prince William's interview and photos from the royal family's 1994 ski trips to Switzerland and Austria below.