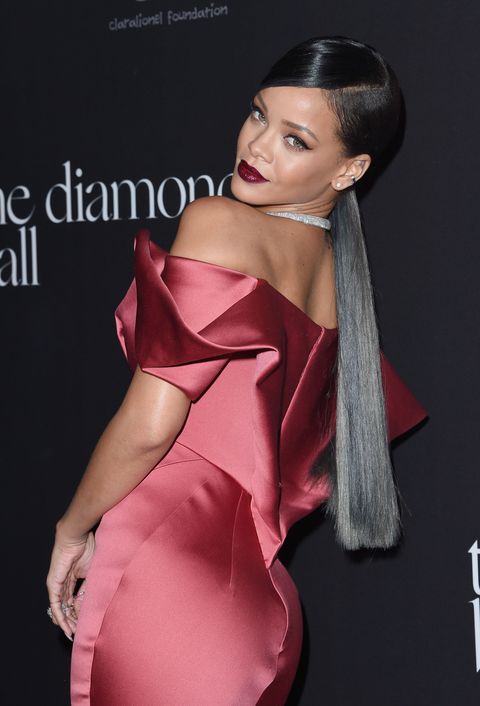 Just in case some stragglers weren't yet convinced of Rihanna's world domination, here's the clincher: Deadline reports that RiRi will be the subject of a feature-length documentary about her ascension in the music industry.

Of course, the thing about documentaries is that there aren't really any secrets as to what the plot will entail, but Berg reveals that the film will be an "unfiltered look into Rihanna's life and how she's ascended to become a global icon," and that it will be "much more a character study than a music film." The idea, the director says, is to do a modern interpretation of Don't Look Back, the famed 1967 Bob Dylan documentary.

Innnnteresting. We can't wait to see how this turns out—not just for the Dylan comparison but mainly because how much more "unfiltered" can Rihanna get?

The Timeline of Rihanna and Leonardo DiCaprio's Fake Relationship

Victoria Dawson Hoff Associate Editor Victoria Hoff is the associate editor at ELLE.com, covering everything from fashion to beauty to wellness.
Advertisement - Continue Reading Below
More From Celebrity
Why Harry and Meghan Should Keep Their Protections
Taylor Swift Explains Why She Loves Joe Alwyn
Advertisement - Continue Reading Below
Real Humans Justin & Jessica Are Going to Therapy
Why the Queen Canceled One of Her Annual Events
Channing Tatum Shuts Down Jessie J Hater on Insta
Celebrities Who Are Mistaken for Other Celebs
Dolly Parton, Icon, Started a Viral Meme
Meghan & Harry's Trademark's Been Blocked for Now
Khloe Kardashian's House Has a Room for Extensions
Katie Holmes Stuns in a White Oversize Coat