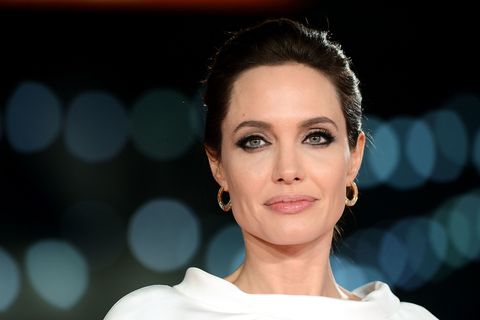 Looks like Angelina Jolie is now officially Angelina Jolie Pitt. The actress has identified herself as such twice in recent weeks—once in her byline for the New York Times op-ed she wrote about removing her ovaries and fallopian tubes, and secondly at Saturday's Kids' Choice Awards.

We're guessing that the name change, like the couple's recent wedding after nine years together, was mostly for the sake of their six kids. And because she's keeping the "Jolie," we imagine she'll avoid the backlash Amal had to deal with when she became a Clooney.

Angelina Jolie or Angelina Jolie Pitt—let's be real, she could go by just "Angelina" and we'd all know who we're talking about here.

The 10 Most Hilarious Reactions to Brad and Angelina's Surprise Marriage