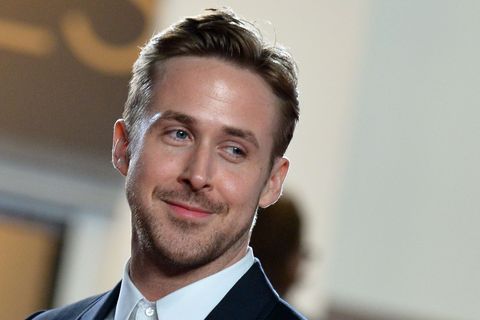 Update, 5/7: As if eating the cereal wasn't a sweet enough gesture, Gosling has also sent flowers to McHenry's girlfriend, Joanne McGuinness. It's just futher proof that he's the best man on the planet.

My darling, flowers arrived today with a beautiful message about how wonderful you are. They were from Ryan Gosling,...

Posted by Joanne McGuinness on Wednesday, May 6, 2015

Original Post, 5/5: Sweet, whimsical Canadian Ryan Gosling finally ate his cereal Monday, which, if you're familiar with the internet, is the equivalent of a 21-gun salute.

Scottish Vine mastermind Ryan McHenry, who created the meme Ryan Gosling Won't Eat His Cereal, died from bone cancer Sunday. In 2013, he posted a clip from Drive in which Gosling recoils from a spoon held up to the screen and quickly became a Web celebrity for the irreverent video.

Gosling uploaded his tribute to McHenry on Monday, accompanied by a touching tweet.

My heart goes out to all of Ryan McHenry's family and friends. Feel very lucky to have been apart of his life in some small way.

A fundraising page has been set up in McHenry's memory, with all proceeds going toward medical research.

Ryan Gosling Skipped the Oscars to Hang Out at Disneyland, Because of Course He Did

Ryan Gosling Rejoins Twitter, Compares Himself to "Bambi on Ice"