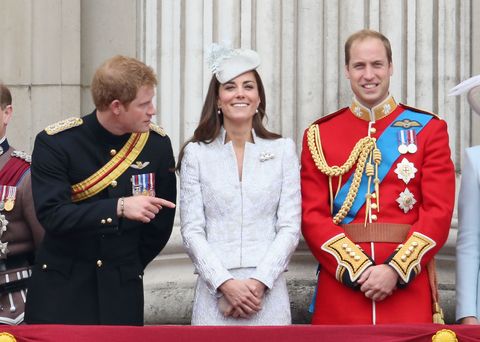 Clarence House released its annual financial report Tuesday, and it is illuminating but not so much so that Harry would ring Prince Charles up like, "But DAAAAAAAD. Why does Kate get to wear so much McQueen? *foot stamp*"

According to People's breakdown, when Grandpa Charlie isn't bragging about Princess Charlotte to anyone who will listen, he's spending his $31.1 million estate pretty frugally: The staff, travel, and official wardrobes for William, the Duchess of Cambridge, and Prince Harry ran him a total of $4.6 million, just a $60,000 increase from last year despite their more frequent (adorable) travel.

It is also worth noting that Prince George's nanny/wrangler Maria Turrion Borrallo—the lady holding him up in the universe's favorite photo of him—is on the royal couple's private payroll. Even though, you know, most of us would watch him for free.