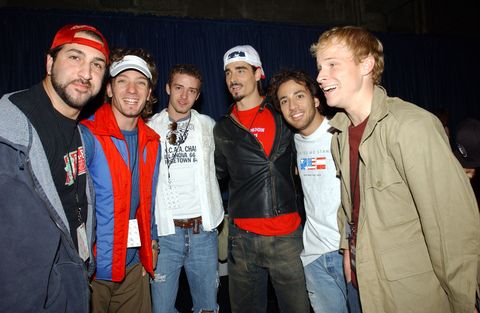 In a stroke of genius/insanity, known larper Nick Carter will write and star in a zombie Western film that also counts several other Backstreet Boys and at least one dude from 'NSYNC amongst its cast members. This is not a joke.

According to Rolling Stone, Carter has recruited Howie Dorough, A.J. McLean, and Joey Fatone to star in Dead 7, and is working on persuading others (ahem, Justin Timerlake) to join his "ragtag band of gunslingers."

"We've never done anything together collectively," said Fatone, who describes his character as "the drunk." "People always think [we're] some sort of rivals. But it's so funny—there's never been animosity or anything like that. Now we're setting the record straight by doing a film together."

The company behind Sharknado will produce the film, so the only way this could get better is if they made it into a musical.