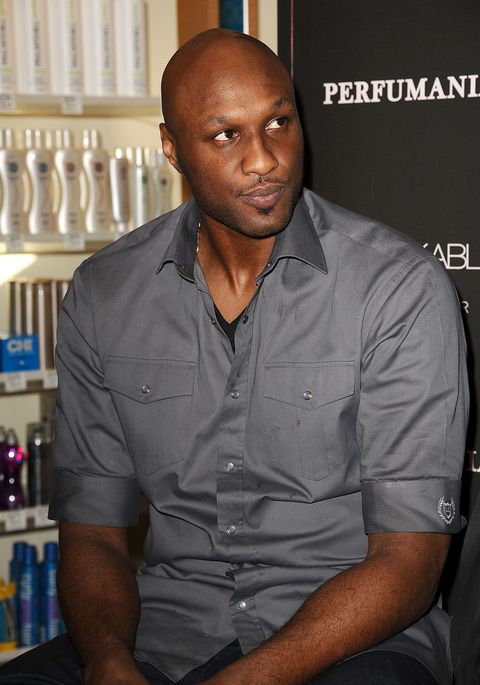 On Law & Order, Olivia Benson's boss always says that if you're in Witness Protection and you commit a crime, you automatically go to jail. This is probably why Monica Monroe, one of the two Love Ranch brothel employees who found Lamar Odom unconscious on Tuesday, October 13, has denied supplying the recovering athlete with drugs and has fled Nevada with a colleague.

In an interview with the Daily Mail, Monroe (real name unknown) adds a bizarre twist to the Odom story, explaining how she was forced to relocate and change her identity after the incident made national news.

"I just found my man murdered not that long ago," the self-described "legal courtesan" said. "And then my mother's house was shot up, someone was looking for me and I'm in a witness protection program. And now my hair, my new dark that I dyed—because I'm not blonde anymore—it's out in the news. I have a problem now."

While Monroe makes a new life for herself elsewhere, Odom is rehabilitating in Los Angeles with Khloé Kardashian at his side.