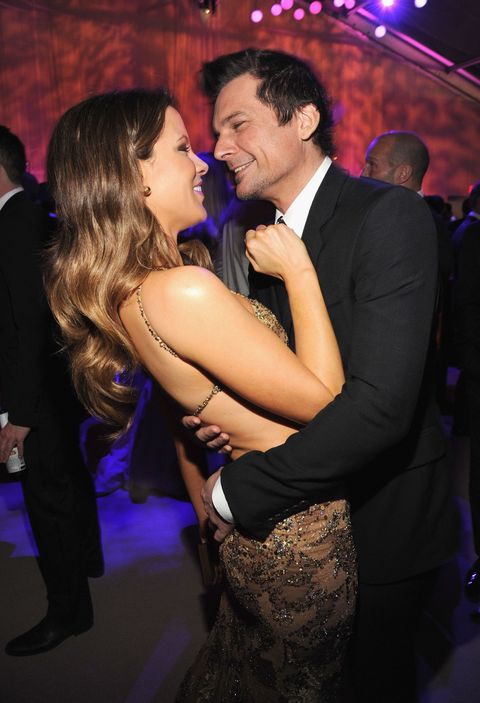 Look at your life, look at your choices, Cupid. On the very same day that news of Kylie Jenner and Tyga's breakup shook the very core of humanity, Kate Beckinsale and her husband, Len Wiseman, appear to have parted ways.

The couple—who met on the set of Underworld in 2003—have reportedly been separated for several months, though a source tells People that they're still on good terms: "There has been no drama. It's just not Kate's style."

Wiseman and Beckinsale grew apart thanks to their complicated schedules, and People claims that Wiseman has been spending time with a model in Los Angeles. Meanwhile,"Kate is not dating and only focused on her daughter and work."

Neither Wiseman nor Beckinsale have released a statement about their relationship status, but it should be noted that this news comes on the same day of Adele's album release. How many more relationships will crumble in the wake of 25? Only time will tell.

Mehera Bonner Contributor Mehera Bonner is a news writer who focuses on celebrities and royals.
This content is created and maintained by a third party, and imported onto this page to help users provide their email addresses. You may be able to find more information about this and similar content at piano.io
Advertisement - Continue Reading Below
More From Celebrity
Victoria Beckham Shuts Down 'Spice World 2' Rumors
Kendall Jenner Shared Her Experience of Anxiety
Advertisement - Continue Reading Below
'The Voice' Star Blake Shelton Opens Up About Gwen
Sussexes Share New Birthday Photo of Archie
Charles Is Still Upset Over Harry's Oprah Tell-All
Meghan and Harry Share New Archie Photo
The Cambridges Share Their First Full YouTube Vid
Courteney Cox Said the 'Friends' Fountain Was Grim
Meghan Wins Copyright Claim Over Letter to Father
The Royals Wish Archie a Happy Second Birthday