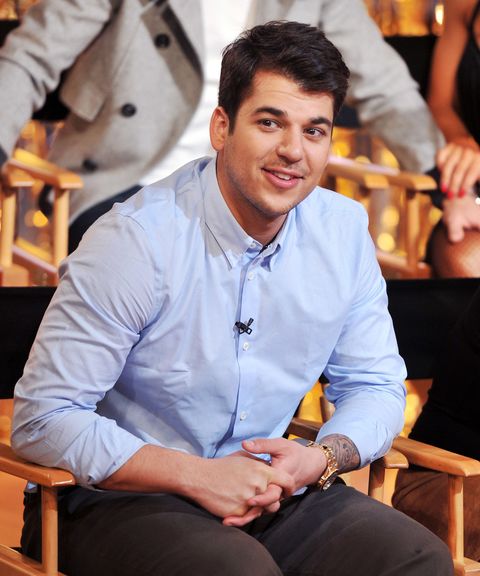 While Lamar Odom appears to be on the mend following his health crisis, another member of the Kardashian family has been hospitalized. Rob Kardashian was reportedly rushed to hospital and diagnosed with diabetes after feeling sick over the weekend.

Rob is only 28-years-old, and has largely stayed out of the public eye after gaining over 100 pounds and battling what People reports as "depression, weight-issues, and low-self esteem."

Rob's struggle has been chronicled on Keeping Up with the Kardashians, with Kris Jenner expressing deep concern for her son. "I feel like if I don't help him do something drastic that he's gonna die," she said.

The family attempted to find a treatment plan for Rob and even threatened to cut him off. "You leave every facility we take you to, so what's the right way?" Khloe said during an emotional moment on the show. "Just accept the f––king help."

As of now, Rob has been stabilized—though he remains in the hospital.

Mehera Bonner Contributor Mehera Bonner is a news writer who focuses on celebrities and royals.
This content is created and maintained by a third party, and imported onto this page to help users provide their email addresses. You may be able to find more information about this and similar content at piano.io
Advertisement - Continue Reading Below
More From Celebrity
The Queen Has a Collection of Dog Toys for Sale
Meghan Revealed the Nod to Diana in 'The Bench'
Advertisement - Continue Reading Below
Celebs Are Posting Tons of Father's Day Tributes
Will Spent Father's Day with George and Charlotte
Charles Won't Allow Archie to Become a Prince
Royals Had Several Talks About Archie's Skin Color
See Blake Lively's *Impressive* Watermelon Cake
Prince Charles Cant Deal with Harry's Criticisms
Serena Gave Daughter Olympia a Tennis Lesson
Meghan Shared What Helped Her Through 2020