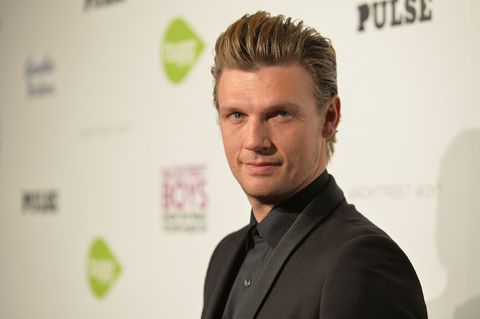 The world just won't quit playing games with Nick Carter's heart. The former Backstreet Boys member was arrested in Florida after a "scuffle" at real-life place, Hog's Breath Saloon, and it's safe to say he didn't want it that-a-way.

TMZ reports that Nick was booked for misdemeanor battery, and chose to list his career as "none," which is a knife to the heart for all us BSB fans. Fortunately, Nick's police report was updated to say "singer" at some point, so it looks like he regained his sanity and remembered that he's part of the most important boy band of all time. (Bye, bye, bye, NSYNC.)

Other than this arrest, Nick's having a pretty good 2016. His wife's pregnant, he has a new album out, and he's a former boy bander. Let's just pretend this incident at Hog's Breath never happened, shall we?