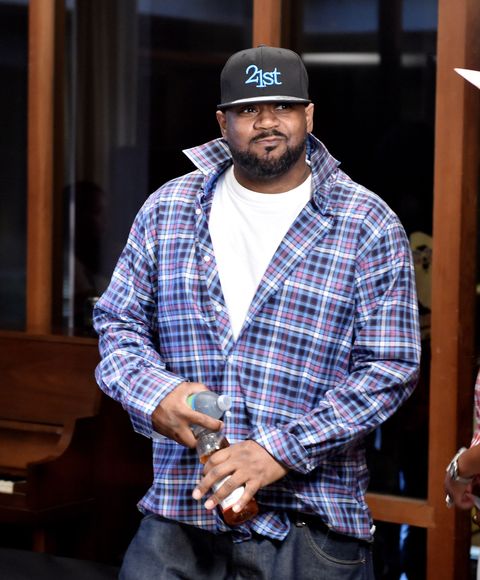 While the early aughts blessed the world with Justin Timberlake's 901 Tequila and Marilyn Manson's Mansinthe, 2016 appears to be the Year of Celebrity Cannabis. Not only do we have MaRihanna by Rihanna, person who keeps promising Anti but literally refuses to release it, we now have Wu Goo by Ghostface Killah. Because who doesn't want to consume something with "goo" in the name?

The Wu-Tang Clan frontman is releasing a "concentrated marijuana" that comes in exciting organic flavors like vanilla mango, strawberry, and pineapple coconut—which we believe counts as an "umami" moment.

Naturally, Ghostface released a music video/infomercial to promote Wu Goo, where he says important things like "you can hit it in front of your mom, man, she's not gonna smell it."

Watch below, and please note that "pineapple coconut" is "for the ladies," otherwise known as "the bitches out there." Good to know.