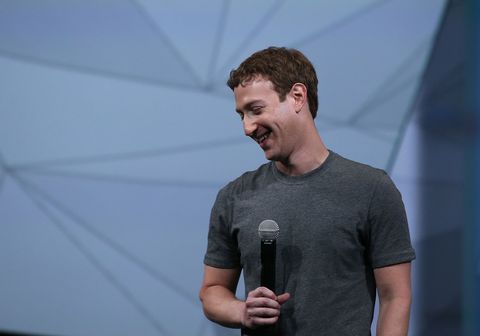 Mark Zuckerberg welcomed his daughter, Max, into the world on December 1, and has pretty much dedicated his Facebook feed to cute photos of her ever since. But as sweet as Max is, the real pièce de résistance of Mark's explorations in Facebook fatherhood is this flawless dad joke.

Get it? Because he wears gray hoodies a lot, LOL, the hijinks!

Also if you're wondering why Mark sports the same outfit every day, it's because he's just trying to be a better person. "I really want to clear my life to make it so that I have to make as few decisions as possible about anything except how to best serve this community," he said during a Q&A session in 2014. (Which then led to our very own Chelsea Peng to do the same thing, as you may recall.)

Now that we've cleared that up, let's all appreciate this picture of Max using her dad as a human floatation device.