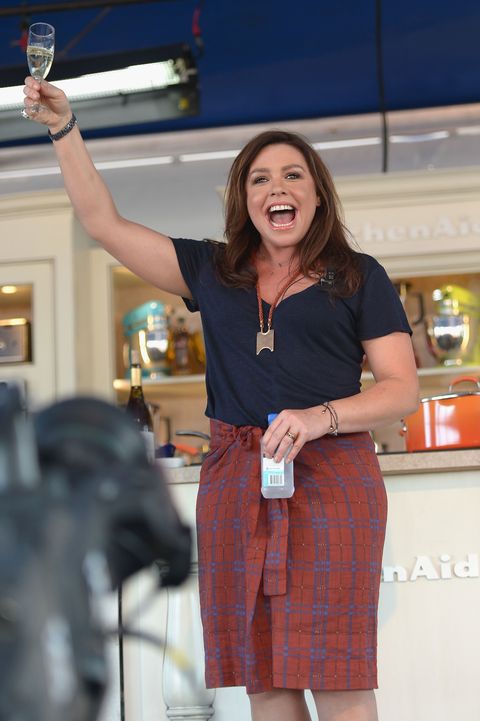 New national holiday concept c/o Rachael Ray: Every year on the anniversary of Lemonade, we give each other bottles of wine and straws to commemorate probably the roughest case of mistaken identity in recent internet history.

In an interview with Us Weekly, Ray, Food Network star and 10/10 not Jay Z's side chick, told the story of how she gave Rachel ROY the aforementioned thoughtful gift after the "Becky with the good hair" drama reached a six on the sh*tstorm scale. Roy, in turn, sent flowers, which is chic and classic but definitely not as helpful in a crisis as alcohol + alcohol delivery system.

But how can we monetize this? Because lord knows there's a largely untapped market of people who've been personally victimized by the Beyhive.

Chelsea Peng I'm Chelsea Peng, the assistant editor at MarieClaire.com.
Advertisement - Continue Reading Below
More From Celebrity
Kylie Threw Stormi the Most Elaborate Party
Chrissy and John Had a Post-Grammys Dance Party
Advertisement - Continue Reading Below
Selena Gomez Sent an Emotional Note to Demi Lovato
Nick Jonas Had Food In His Teeth at the Grammys
Why Isn't Beyonce at the 2020 Grammys?
Watch Demi Lovato's Emotional Grammys Performance
Beyoncé's Pre-Grammys Look
Blake and Gwen Were Too Cute at the Grammys
The Jonas Brothers' Grammys Performance Was a Lot
Alicia Keys Covers 'Someone You Loved'