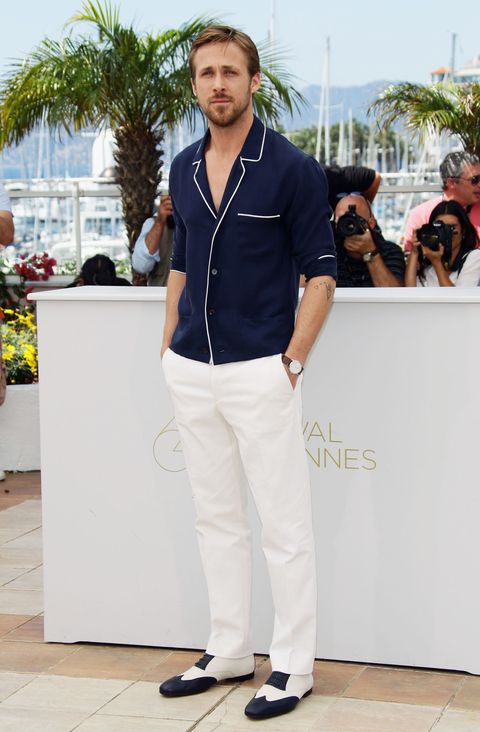 Ryan Gosling and Eva Mendes just welcomed their second daughter to the world, and Ryan swung by The Ellen Show to talk about parenting. Or more specifically, to talk about getting revenge on a random playground kid.

Apparently, children at the park have been erasing the chalk drawings by Ryan's daughter Esmerelda, and he's so not here for it. "Some kid has been erasing her name and writing their name over it," he told Ellen. "So now I'm finally in a proper tagging battle. And this kid has access to an unfair amount of chalk. I'm trying to explain to my little girl. She doesn't care. She's like, 'Well we'll just chalk anywhere else,' and I'm like, 'No, no. They're disrespecting your mother. Because, she gave you this name and they're erasing it.'"

"So the only way to really get back at them is to erase their name," Ryan continued. "And not disrespect their mother, but definitely put her on notice. Because I think she's the chalk supplier. You've got to be careful when you're trying to teach your kid what a reasonable amount of vengeance is."

Praying that Ryan's taken to tagging "hey, girl" at all his local playgrounds.