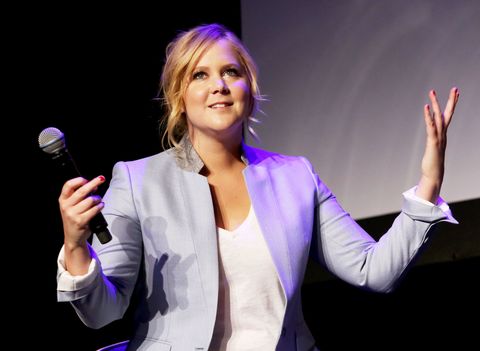 Remember Inside Amy Schumer's "Welcome to the Gun Show" episode? It was brilliant and all-too-real, and there's more genius where it came from. Turns out the episode had an additional sketch that was cut for time, which is essentially a law firm commercial aimed at gun violence victims who are trying (and failing) to sue.

"Have you ever been injured in a mass shooting or other gun crime? Do you want justice?" comedian Jon Benjamin says. "Hi, I'm Toby Shrak of the law firm of Shrak & Murphy, but don't call me, because there's nothing I can do."

Ugh, kinda want to cry instead of laugh....

Amy released the sketch after speaking out on the senate's inability to pass gun control amendments following the Orlando shooting.

"I am sickened by the cowardice of these people who are supposed to lead us," she told Politico. "Their dedication seems to be only to dollar signs for their own pockets. In November, we will remember who stood with the gun lobby, rather than their constituents, as we mourned for Orlando."