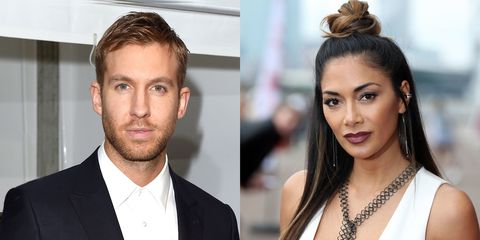 Things Calvin Harris has done since breaking up with Taylor Swift:

1. Chilled on a yacht with a bunch of pretty women (note: Julia Roberts was not present, LOLOLOL, sorry).

The duo were spotted in London at the Tape nightclub, because "they both love the club," which, cool—but like, do they both love each other? Apparently not. Sure, Taylor and Nicole were seen arm-in-arm, but as anyone you've linked arms with in your life can tell you, that means literally nothing.

"They're casual friends, and if they see each other at a club or party they will chill," a source says. "They are not hooking up or hanging out. Calvin isn't rebounding with anyone at this time."

Emphasis on "at this time," but that aside, so glad we can add this valuable information to the annals of history re: Tayvin's breakup.