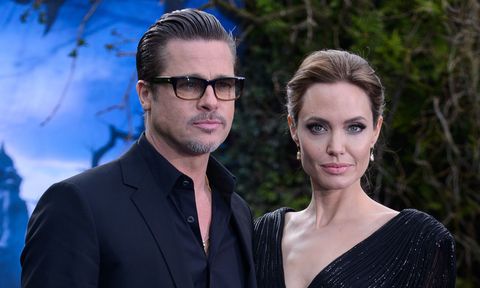 The world was shocked last week when news broke that Angelina Jolie and Brad Pitt were divorcing, but according to People, sources close to the couple say the split has been a long time coming. Jolie and Pitt had been together for 12 years and married for two when Jolie filed for divorce.

"Things built and built over time–it wasn't any one thing," a source close to Jolie told People. "She's loved this man for several years, and [divorce] is not something you do impulsively."

Sources on Pitt's side agree that the couple have been struggling for a while.

"There was clearly a breaking point, where she'd just had enough," the Pitt source told People. "He may have been broken himself and said he couldn't go on, and she reacted. This has been difficult for a while."

The final straw seems to have been an incident on a plane, in which Pitt was allegedly verbally abusive and physical with one of the couple's six children (15-year-old Maddox, according to multiple reports). People confirmed last week that Pitt was under investigation for child abuse by the L.A. County Department of Children and Family Services.

According to Vanity Fair, both actors have issued statements requesting privacy for their family during this difficult time.