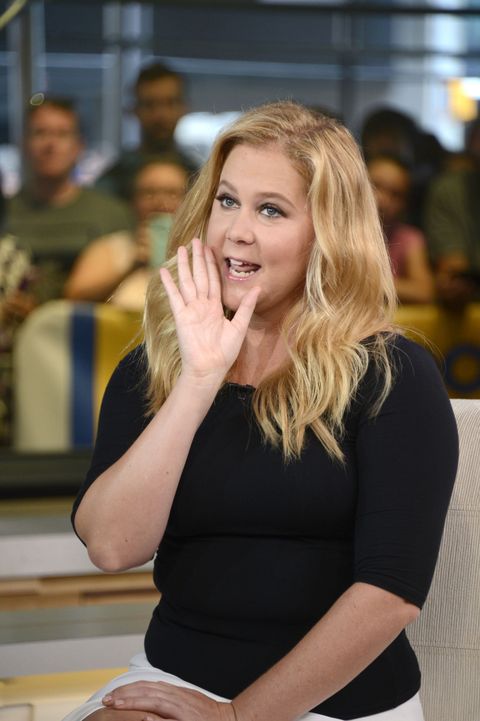 Amy Schumer recently released a video of herself, Goldie Hawn, and several other kickass stars dancing to Beyoncé's "Formation," and the internet didn't react well. Between accusations of racism and the hashtag #AmySchumerGottaGoParty, the video didn't hit the right mark for many people—some of whom were offended by Amy parodying a music video about black lives matter.

The thing is, Amy's video isn't a parody:

"It was NEVER a parody, she writes in an essay on Medium. "It was just us women celebrating each other. The video Beyoncé made was so moving and I wouldn't ever make fun of that. There is absolutely no way to. I make fun of myself a few times in the video, as I do in everything I am a part of. I loved every second of working with those women to make this thing that lifted us up."

Schumer says she came up with the idea to film a take on "Formation" while on set in Hawaii, where the crew were bonded by their love for Beyoncé's Lemonade. "I am of course horrified and sickened by the events that are addressed throughout that video and didn't see this as minimizing that and still don't," she explains. "It was a way to celebrate bringing us all together. To fight for what we all want. And to do it together."

Schumer notes that she got Beyoncé and Jay Z's approval to release the video, and that it streamed on Tidal for 24 hours. "You have every right to feel however you feel about the video and me, but I want you to know I'm not going anywhere," she concludes. "Use whatever hashtag you like. My mission is to continue to work as hard as I can to empower women and make them laugh and feel better and I won't let anything stop me."