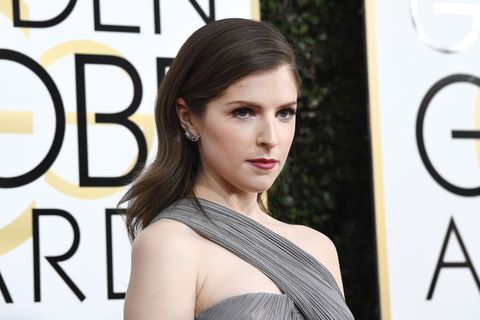 When you think of Santa, you probably think of a jolly old man with a white beard and a serious cookie-eating problem. But Anna Kendrick is (maybe) here to change that. The actress is in talks to star in Nicole, Disney's new film about a female Santa Claus.

Not much is known about the plot of the film—other than the fact that Santa's a woman and our lives are a lie—but our feelings can best be described by this:

FYI, while Kendrick is known for her vocal chops, Nicole does not appear to be a musical—though The Hollywood Reporter says "Kendrick may end up indulging her musical side."

Mehera Bonner Contributor Mehera Bonner is a news writer who focuses on celebrities and royals—follow her on Instagram.
This content is created and maintained by a third party, and imported onto this page to help users provide their email addresses. You may be able to find more information about this and similar content at piano.io
Advertisement - Continue Reading Below
More From Celebrity
Philip Hated His Royal Duties So Much He Got Sick
The Queen Says the Throne Cured Her Anxiety
Advertisement - Continue Reading Below
Matthew McConaughey on Aniston & Pitt's Reunion
Meghan Markle Got a Court Date Pushed Nine Months
Our Favorite Celebrity Halloween Costumes In 2020
The Fab Four May Never Fix Their Royal Feud
Gigi Shares Glimpse at Baby's Wardrobe
Matthew McConaughey and His Son Are Twinning
Marvelous Women Scarlett Johansson & Florence Pugh
Ashley Graham Opened Up About Sex After Childbirth