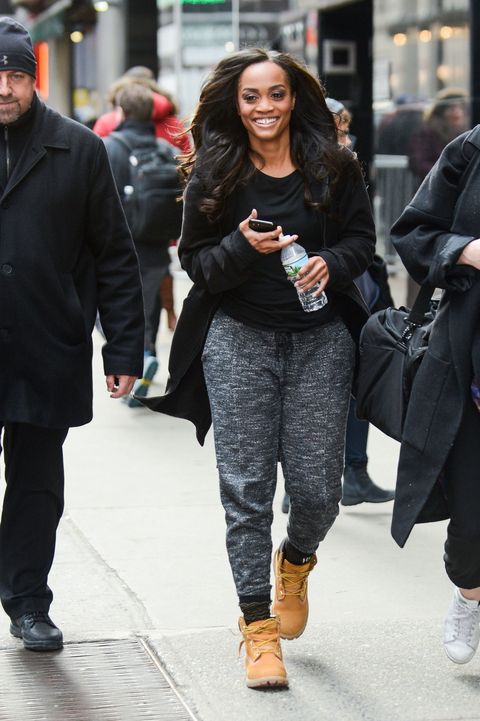 Nick Viall's millionth season in Bachelor Nation is finally over, which means Rachel Lindsay can officially shove him out of the spotlight and assume the position of Bachelorette. The world is anxiously awaiting Rachel's season—not just because she's smart, likable, and gives of cool girl vibes like it's her job, but also because she's the franchise's first black Bachelorette—a huge moment for a show that's been criticized for its lack of diversity.

Rachel started filming on March 16, and judging from these behind-the-scenes photos from producer Mike Fleiss, she looks ready.

Let's do it!!! #TheBachelorette pic.twitter.com/Sf6pcE8igY

Fleiss also dropped a photo of Rachel's suitors, who are an extremely diverse crowd—again, another *huge* change for The Bachelorette, which typically gets lambasted for having a mostly white cast.

Clearly Rachel is living her best life. Also, look, she gets to eat cake: