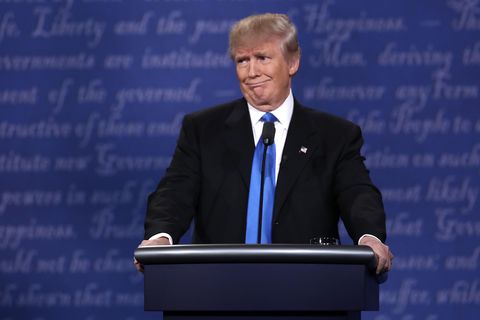 Donald Trump, former reality TV star and current leader of the free world, recently gave an interview with The Economist, during which he inexplicably decided he'd invented the phrase "priming the pump." Which, to be clear, he did not.

As you can see, Trump seems more than convinced his brain is responsible for this phrase. However, as Merriam-Webster points out, "priming the pump" dates back to the 19th century.

The phrase 'priming the pump' dates to the early 19th century.

And people are rightfully amused.

Trump should take credit for the phrase, "lying like a rug". https://t.co/AWSOoFRDgQ

Since @realDonaldTrump claims he coined the phrase "priming the pump", thought I'd go on record that "See ya later, alligator" is all me.

How is #PrimingThePump not trending? I, by the way, invented "buy one, get one free" and "Good afternoon."