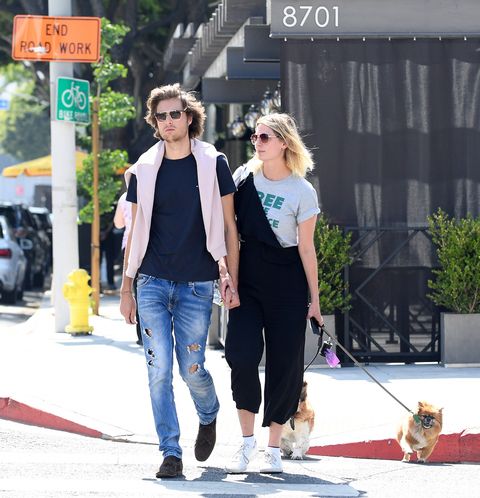 Former OC star Mischa Barton has a new boyfriend, and he's a male model named James Abercrombie—which means you can feel free to spend the next ten minutes with LFO's Abercrombie-themed lyrics to "Summer Girls" stuck in your head. ¯\_(ツ)_/¯

The pair have reportedly been dating for a few weeks now; they originally met at a party, and then were spotted together in Cannes. Abercrombie's modeling agency confirmed their relationship with this illuminating statement: "James met Mischa at a party in Los Angeles just on a month ago. They then headed off on a small trip to France." Got that? Good.

In other news, James is the son of Australia's Victorian Liberal Party treasurer Andrew Abercrombie—who is worth a reported $574 million. #casual