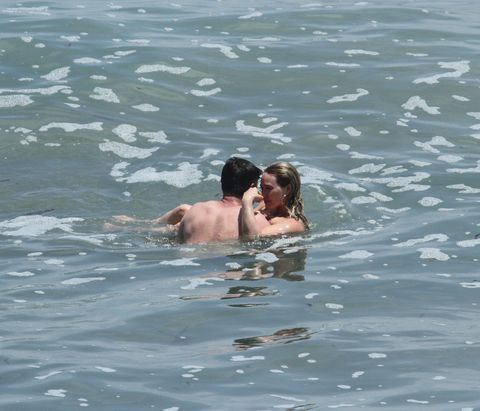 It looks like former Disney star/current cool girl Hilary Duff has a new boyfriend, and he's not just a businessman, he's a business, man (sorry). The actress was spotted in Malibu over the weekend, engaging in some very cute PDA with Ely Sandvik, who is the CEO of SOLr Energy Consulting.

Looks like #HilaryDuff has a new man! 👫 She showed major PDA with businessman Ely Sandvik this weekend. The link in our bio has more! (📷: Ability Films)

A post shared by Entertainment Tonight (@entertainmenttonight) on Jul 10, 2017 at 7:30pm PDT

"They were in Malibu Saturday and Sunday," a source tells E!. "They played cards on the beach, hugged, and kissed each other a lot. They were both very friendly and talked with everyone."