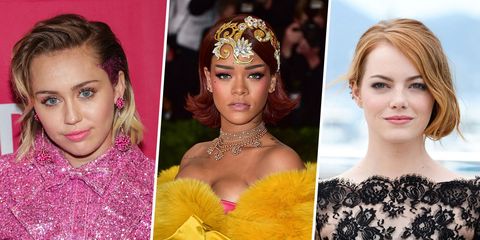 In a previous life, she was known as Stacy Ann Ferguson. Then she did the duchess thing.

Goes by his middle name (from Christopher Ashton Kutcher).

Much sexier than Tara Leigh Patrick, TBH. (Props to the belated Prince for coming up with the new version.)

Nikolina Konstantinova Dobreva has a certain ring to it, no?

It takes balls to go from John Roger Stephens to "Legend," but he did it.

One name is *always* better than three, even if it's "Alecia Beth Moore."

Some of her squad members/friends still call her Ella (Yelich-O'Connor).

Meanwhile, though they're no more, ex-fiancé Taylor Kinney definitely called her by her given name Stefani (Joanne Angelina Germanotta).

To quote a fellow editor: "My fave different name is Reese Witherspoon, because her name is Laura. And it's like, you look way more like a Laura, TBH." (Reese is her second middle name.)

You know about the Fenty part. But did you know her real first name's Robyn?

She legally changed her name to Miley Ray Cyrus from "Destiny Hope."

Another one who legally changed his name—from Jonathan Stuart Leibowitz—to what he goes by on stage.

You know this one: Shawn Corey Carter.

And probably this one, from that GIF of young Aubrey Graham dancing in a tiny vest.

Before they were kaput/sworn enemies, Taylor Swift called him by his real name: Adam Richard Wiles.

True story:  She changed her name to Emma from Emily Jean because of her obsession with the Spice Girls, particularly Baby Spice/Emma Lee Bunton.

Onika Tanya Maraj, which is like an anagram. IS IT AN ANAGRAM?

It's Peter Gene Hernandez. But he'll always be Bruno in our hearts.

No Norma Jean Mortensen for this one.

Next
15 Behind-the-Scenes Photos from 'Lemonade' 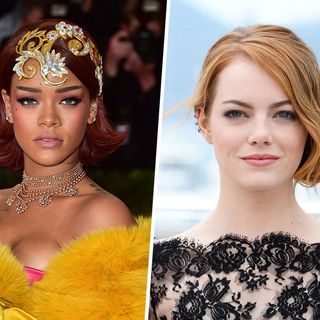