Today's Top Stories
1
White Jeans You'll Look Amazing In
2
The Making of Dawson's Creek's Most Iconic Couple
3
The Very Best "Me vs. 2020" Memes
4
Beauty Intel From Abroad
5
Can We Beat the Next Supervirus?
Marc PiaseckiGetty Images

Angelina Jolie's daughter Shiloh Jolie-Pitt officially became a teenager on Monday, and her mom marked the occasion in a particularly fun way. Just Jared was told by multiple sources that Angelina took Shiloh to an escape room, Los Angeles's The Basement.

This isn't your typical escape room: it's an immersive experience with live actors, according to its site, so it's a deluxe version. It also doesn't allow anyone under the age of 13 in, so Shiloh now officially makes the cut (although as a minor, she needed an adult to accompany her, but that's no issue with Angelina playing too).

Just Jared didn't specify whether any of Shiloh's other siblings over the age of 13—17-year-old Maddox, 15-year-old Pax, or or 14-year-old Zahara—joined her.

Us Weekly reported in April that Angelina generally is a creative and devoted parent to her six children. She is "always coming up with fun things to do," a source told the outlet. (The escape room is clearly the latest example.)

“[Jolie] really likes the life lessons and new ideas that come from trying all different things,” the source added of her and her family's outings. “The sky’s the limit for her.”

The source added that Jolie is a hands-on mom who "cooks with them, does crafting and art projects."

There's also peace now between Angelina and her ex-husband—and her children's father—Brad Pitt. "There’s no more drama. All of the dust has settled," a source told Entertainment Tonight last week of Brangelina's relationship a month after they became legally single. "They are and have always been focused on what is best for the children." 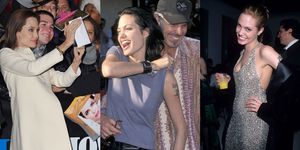 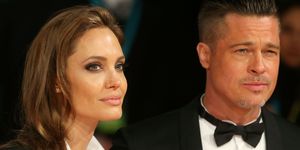 Angelina Jolie to Work with a Trauma Specialist