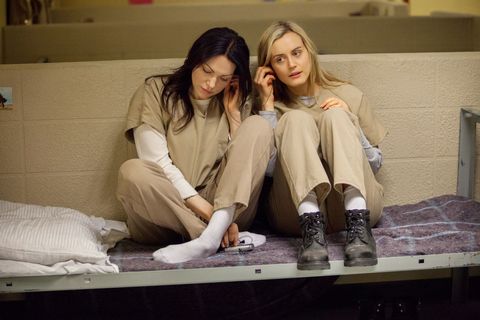 Netflix has been ramping up its offerings because it loves you and doesn't want you to go outside anymore. This is probably why the video streaming service has announced the premiere date for season three of Orange Is the New Black, like, four months early. (BRB, making a note in our calendars now.)

Taylor Schilling and friends return to your laptop screen June 12, along with a bunch of new series. There's the Wachowski drama Sense8, a documentary about Nina Simone, and Between, a trippy-sounding thriller about a mysterious disease that selectively kills everybody over drinking age in the unluckiest town ever.

That ought to give you plenty of time to re-watch—and to mourn Jason Biggs's absence. (Though did anyone really like Larry?)