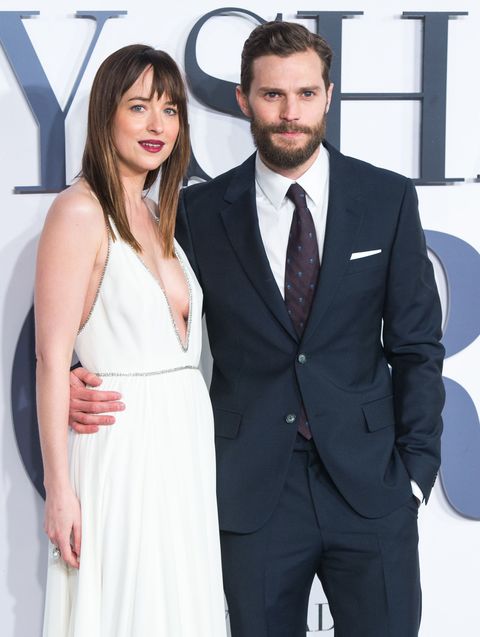 We're all sitting in flustered anticipation for Fifty Shades Darker and another appearance of Jaimie Dornan in low-rise jeans. There's also the tantalizing possibility that our beloved Christian will go full frontal in the sequel. (Not that we're totally hoping and wishing for it or anything...) So what do you do now that you're just humming along, post-Fifty Shades and pre-sequel? Uh, well, how about re-watching the hell out of the first one? That's apparently what everyone else is doing.

Fifty Shades of Grey continues to rank No.1 on the home video charts for the second week in a row, taking the gold on both the Nielson Video Scan First Alert Chart and Blue-ray and DVD sales. So at this point a lot of people have seen *a lot* of Christian and Anastasia.

The BDSM-inspired film outsold Pitch Perfect in a landslide margin of 7 to 1 according to Variety, bumping The Bellas to second place despite the sequel's $70.3 million box office performance in its first week.